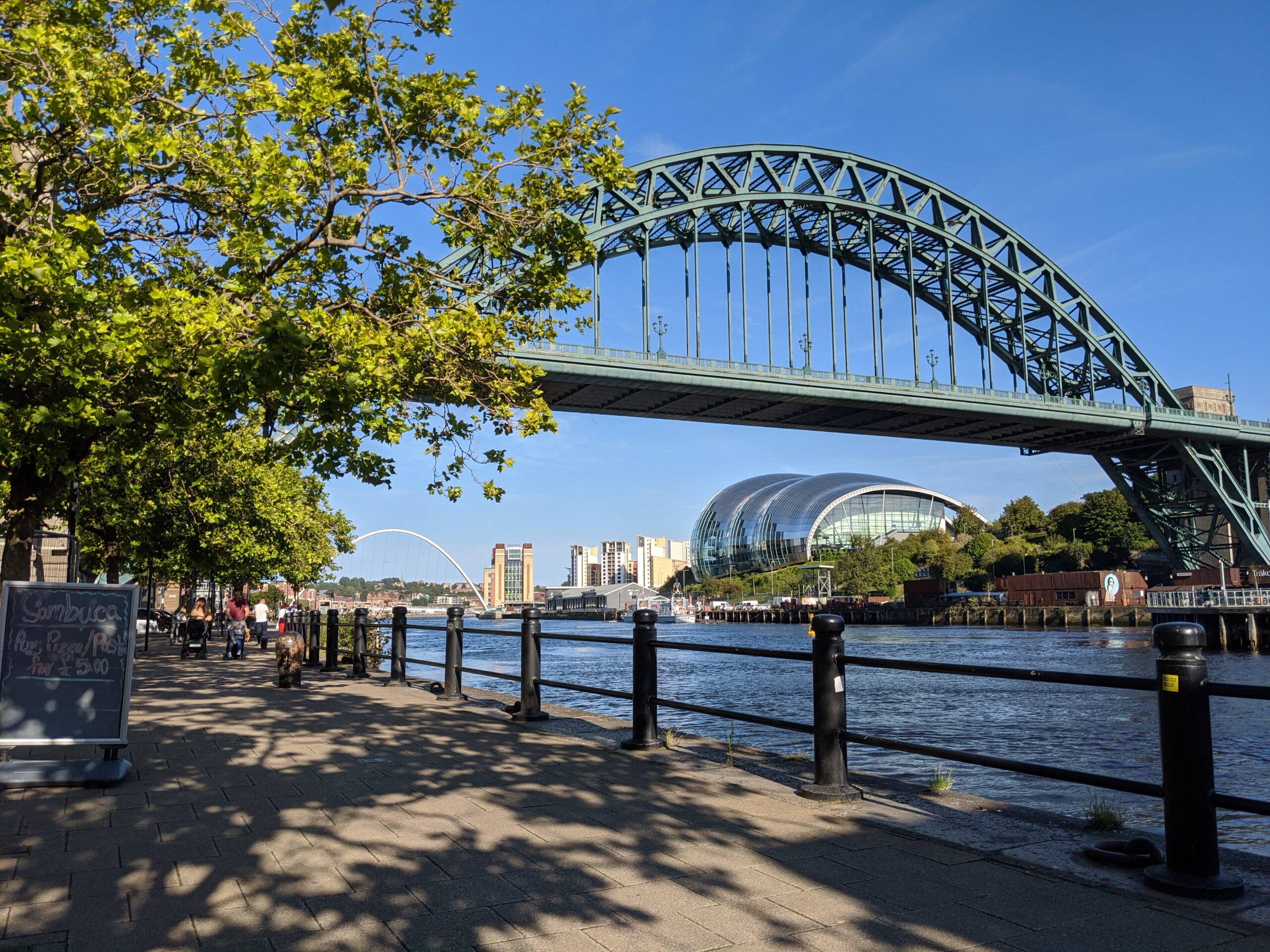 Newcastle’s Quayside has a huge amount of history and heritage behind it. We’ll start here by going right back to the stone age.

As the ice age ended, enormous amounts of glacial meltwater cascaded down what we now know as the Tyne Valley, channelling the landscape as it went.

Sacrifices in the River Tyne

During the 1880s when they were building the old Post Office building up near the castle, they discovered a neolithic canoe. It had never been used but had been created especially to be a votive offering to the Gods. This is just one of four such offerings discovered along the Tyne valley. It was buried alongside large animal bones and items of importance and great value. This is an indicator that the Neolithic people saw the river of immense importance. In addition, the Tyne’s name comes from the same Celtic root word as the Thames and the Tees, meaning strength or power.

In The Bronze Age times, the Tyne was an important river for sacrifices. When people hear this, they tend to think of the Aztecs or the Incas of South America sacrificing humans. And while the later Celts were known to offer human sacrifices at times, the sacrifices found around the Tyne Valley were votive offerings such as a sword or a piece of jewellery which would be thrown into the river. Many of the offerings given in this manner were found near Kings Meadow near Elswick. This may be because it was one of the easiest locations to ford the river back then.

The early Celts gave a huge significance to water – they believed that water was the crossing point between the world of their Gods and our world. This significance is evidenced by the vast number of sacrifices that have been found in and around the river.

It may seem, thanks to misrepresentation by Hollywood, that everyone back in Celtic times had a sword so they were easy to come by, when in fact it was the equivalent of taking a luxury sports car and driving it into the Tyne. Such was the significance given to these votive offerings.

Romans on the Tyne

When the Romans arrived in the North East they built a fort known as Pons Aelius on the site of the modern-day Castle. It was previously thought it was the first fort on Hadrian’s wall but now appears to have been built after the Romans abandoned the Antonine wall in Scotland! The Romans being fantastic engineers realised the importance of the river and the crossing point.

Later the Normans built a wooden mott and bailey castle on the site of the Roman fort which became known as the New Castle. In 1167 when it burned down and was replaced by a stone castle under the rule of King Henry II. It was built by Morris the Engineer and it still stands today as the modern-day Newcastle Castle.

Newcastle as a trading hub

Newcastle quickly developed as a medieval trading location with merchants coming from all over Europe to trade in Newcastle’s wool, hide, beer, salt, glass and coal. These traders came from Northern France, Benelux, North Germany, Scandinavia and the Baltic States to trade here.

The Hospital of St Thomas

One of the most dominant buildings on the Quayside at the time was the hospital of St Thomas’ which was a medieval monastery and hospital where the monks would treat people with medical cures. The hospital also worked as a hostel, putting up travellers as well as housing the merchants of Newcastle to conduct their business.

The Protestant Reformation totally transformed Newcastle. It removed the old monasteries and medieval Catholicism which had been a major part of the city’s heritage. It also meant that the Bishop of Durham’s leases were sold off to a group of merchants in Newcastle which increased the amount of commerce and business passing through the city. This was the point at which Newcastle became a major location for the trade of coal. This created a new group of workers down on the Quayside known as the Keelmen.

The Keelmen of Newcastle were known as a fractious bunch of men who would often have fights and disputes amongst themselves. They were mainly made up of Scottish men and held the monopoly on carrying all the coal along the river. They’d go out of their way to prevent anyone else from transporting coal by setting fire to the staiths or fighting with anyone who tried to undercut them.

The medieval fabric of the Quayside was almost entirely destroyed on 9 October 1854. Where today’s Sage stands on the banks of the Tyne in Gateshead there stood a large warehouse. On this night, it caught fire and burned so intensely that it caused an explosion which was heard as far afield as Alnwick and Berwick and was seen in Northallerton and Sunderland. Coalminers in Sunderland, in the deepest coalmine in the country, (two miles beneath the surface) came to the surface to see what had happened.

As a result, the majority of the medieval Quayside was destroyed in one night. The buildings were either blown over by the force of the explosion or had been burned to the ground in the ensuing fire.

It was then rebuilt with many of the stone buildings that we see today.

Another transformation happened when the Swing Bridge was built in 1874 – this enabled boats to navigate the river all the way up to Elswick and beyond, allowing the shipbuilding industry to take off in the area. Lord Armstrong built a ship works in Elswick which produced a great deal of commercial, industrial and warships for the entire world.

The 1970s and 1980s saw the end of heavy industry in the area meant the Quayside was transformed again following a period of dilapidation and neglect. During the 90s and 2000s, there was a great deal of investment in the area making it a destination for socialising, dining and entertainment as well as becoming a business hub, reflecting the Quayside’s use during the medieval period of time. 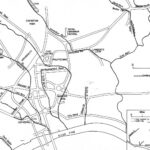 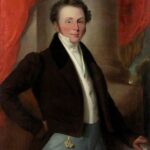