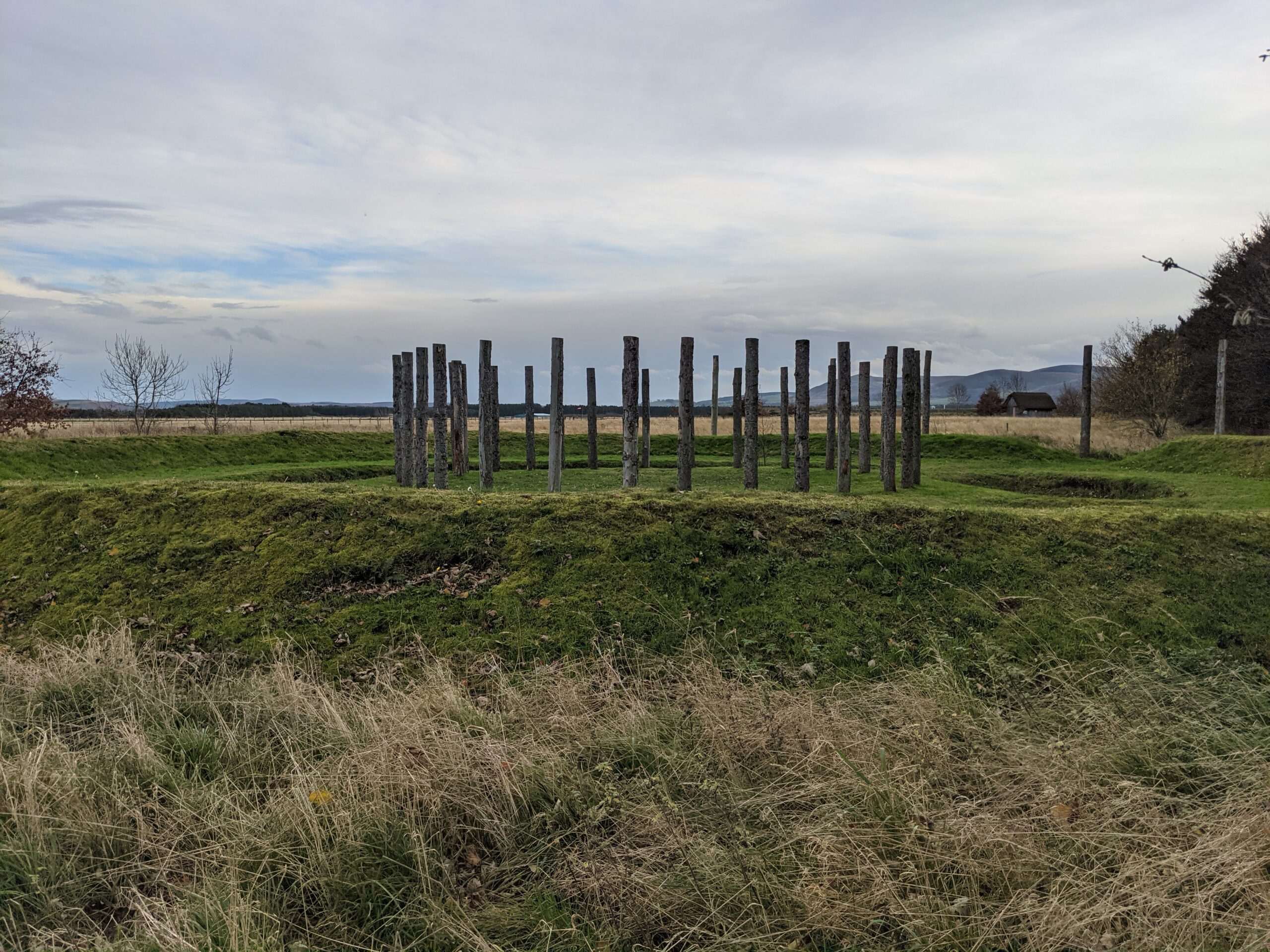 Henges, standing stones and stone circles – they’re ritual monuments from the late Neolithic, early Bronze Age period when Britain’s population experienced a huge change. That change was due to a huge influx of people coming to the British Isles.

These people started building ritual monuments around the landscape. Initially, the henges built during this time would have been very simple – perhaps just a single standing post or stone in the middle of a clearing in a woodland.

Over time, these were added to, edited, changed and modified so they became more and more significant to the local people.

When the word ‘henge’ is mentioned, we all think of the most famous of all henges, Stone Henge, which is one of the last remaining henges. It has constantly been changed and edited over the course of its history. In fact, historians don’t think Stone Henge was ever actually finished. It was never intended to be finished, remaining instead as a work in progress.

The early henges were an area of ritual space. A ditch would be dug in a circular shape and the dirt from that ditch would be piled up behind it to create an enclosure. They’d be like today’s important venues such as churches, mosques, synagogues, cathedrals. A place for worshippers to enter and commune with their God while mixing with other people in their community. Once the enclosure was created, they’d take posts and place them in the ground within the ditch formation.

At Maelmin Heritage Trail in Northumberland, you can find a re-creation of a henge. There are posts inside and outside the henge which perhaps denoted an outer and inner space for different reasons at different times of the year? We know from our experience of Stone Henge that winter and summer solstices are incredibly important to henges. We also know that they would align with other monuments in the landscape too.

Eventually, standing stones were adopted to replace the wooden posts. The standing stones would become more complex over time. Unfortunately so many of the stone circles across have been damaged, recycled or dismantled.

The Maelmin Heritage Trail is part of the Milfield Valley, in which there are a huge number of ritual spaces aligned with the late Neolithic and Bronze Age period, which take you on a route from Milfield to Yeavering. Yeavering was probably a holy site for the Bronze Age people and could possibly have spilled over into the Celtic age too. During the Celtic age, Yeavering had a large fort placed on top of it which was possibly a capital city of the time. This all points to this area having huge ritual significance, and the henge that’s visible today being just one small part of a spiritual journey.

When we think of stone circles, it’s crucial to remember that they aren’t stand alone monuments but part of a larger number to make a calendar of events which were very important to the people of the Bronze Age.

The potential royal site at Yeavering continued to have huge significance when it was worked into the kingdom of Northumbria as the capital of Ad Gefrin – the land of King Edwin of Northumbria.

Henges continue to be of incredible importance even thousands of years after they were first built.

The Quayside – Newcastle Upon Tyne
May 9, 2022admin
BOOK NOW